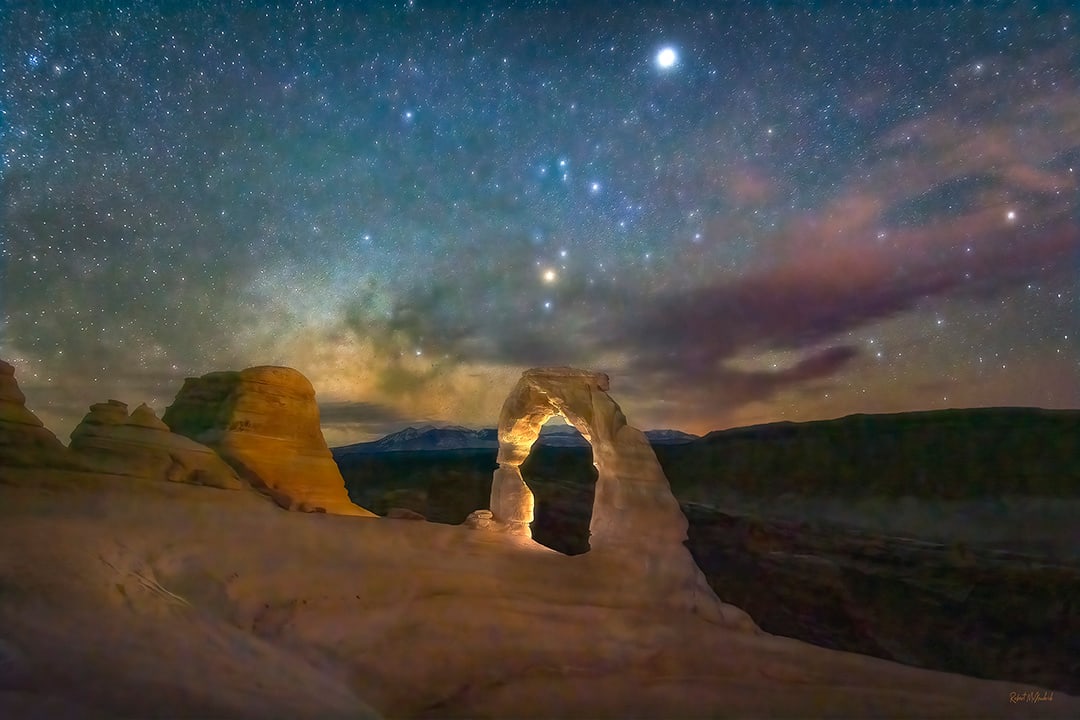 Favorites | Create an Account | Login
(0) Cart
Blog > What is the Green sky in Night photography?

What is the Green sky in Night photography?

The airglow phenomenon was identified in 1868 by Swedish physicist Anders Angstrom. Scientists have since identified the processes that are present in Earth's atmosphere, and astronomers have verified they are present.

Basically it never gets truly dark at night because of an effect called airglow. Airglow is similar in color to the aurora, but it does’t occur in just the polar region. While the aurora is light released by the interaction between magnetosphere and the solar wind, airglow is a form of chemiluminescence. This is a thin veil of light that surrounds the planet because the atmosphere glows in the dark.

The most common airglow colors are green, red, and blue. However, other colors also occur. The colors are characteristic of photochemical reactions occurring at different levels of the atmosphere. Most of the effect comes from oxygen in the air.

Green light is the brightest airglow. It comes from excited oxygen atoms located between 56 to 62 miles high. This band of green is readily observable from spacecraft looking back toward earth. Blue airglow comes from

excited molecular oxygen (O2) around 59 miles high. The blue band is weaker than the green one, but it also observable from space. Red airglow comes from atomic oxygen (O) excitation at 93 to 190 miles. Sodium atoms release yellow light in an atmospheric layer found at 57 miles.

In Summary airglow is a layer of nighttime light emissions caused by chemical reactions high in Earth’s atmosphere. A variety of reactions involving oxygen, sodium, ozone, and nitrogen result in the production of a very faint amount of light. This light is approximately one billion times fainter than sunlight. This chemiluminescence is similar to the chemical reactions that light up a glow stick or glow-in-the-dark silly putty.

Airglow is always unpredictable and at times a great surprise. When we get back to the computer and begin to process our images is often when we can see all the details. I will always remember what Royce Bair taught me. Let the night sky be what it is, don't try to manipulate it. Airglow does give beautiful color to the night sky and makes  for incredible images.